As anyone who's been here before knows...I lost 110 pounds in 2010 and managed to keep all of that off for years.  After a while I gained about half back and have been there for years.  Manytimes over those years, I have tried to get back to "Full Savor" as a regular routine. By "Full Savor" I mean back to the routine of activities that enabled that loss and maintenance. With the benefit of hindsight it is crystal clear what worked, what didn't, and what must be done. 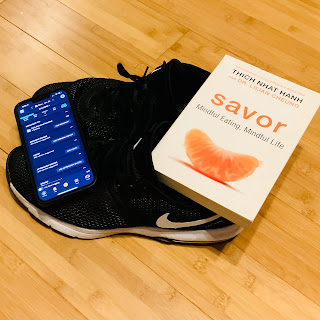 What worked:
What didn't work:
When I lost weight, it was because of applying the "what worked" section above consistently for 11 months.
When I kept the weight off for several years it was also due to consistently applying the above.
When I gained weight back a tiny bit after several years it was because I stopped tracking calories. I gained a little bit, I stabilized, and I was totally ok with that. I was having to eat less and exercise more than I felt suited my life.  The weight I was at wasn't my goal weight but it was a great weight.  I was happy, felt great, and all was well.
When I later gained more weight it was because my exercise routine at the time involved driving to a park where I walked, but my vehicle broke down and was totaled.  It took a long time, perhaps a year, to get another vehicle.  During that time I wasn't able to reliably maintain my normal routine.  It became sporadic. It wasn't the park, but the time of day that made that work so well for me.  Eventually I was working twice as hard to get half the exercise, and weight started coming on.  Over time I got another vehicle, but had lost the diligent routine of "Full Savor" mode.
For several years now I could have gotten back in the routine but I stabilized once again at around half the weight I originally lost.  What I mean by "stabilized" is that my current healthy eating and no exercise landed me at about the halfway point and leveled off. So I got comfortable with that.  Big, but not so big that I felt unhealthy.  Don't get me wrong...I'm definitely not healthy, but I'm still significantly more healthy than I was in 2010.
Over the years I've tried to reboot the "Savor" life, that helped me so much, many times. And I've been chagrined at the lack of easy success I enjoyed the first time around.  WHY?  This is the question. As I said at the beginning, it's crystal clear now.  For the seemingly easy weight loss and maintenance that I enjoyed to occur all of the items in my "What worked" list must be present.
The thing that's not on that list is the invaluable, intangible joy and cold fusion style fuel that comes from those things all firing in sync with one another.  When that routine is in motion, a sense of pride and joy that feeds back in to that list and makes the "Consistency" part happen. And it becomes a sort of perpetual motion machine.
But it is oh so fragile.  A delicate machine that will run in perpetuity so long as that balance is in place.  When one of those things gets a little out of whack and (this is the key) stays that way for too long, the whole things grinds to a halt.  And it is exceedingly difficult to get it running again. This doesn't mean you can't falter...it means that timing is everything.  You have to be mindful not only of your food and exercise, but of your routine.  If that routine is interrupted, you have to be mindful to get it back in order ASAP.
I've tried and failed many times over the last few years to rekindle that perpetual motion machine.  Typically it runs for a week or three, and then rambles to a halt.  I've also noticed that the time you can allow it to be down is longer the longer it's been in motion but it's still a matter of days.  For me.  Three days seems to be the norm, but when I was at my peak I could survive two weeks of interruption and still dive back in and keep it running.  Your experience might differ, but this has been mine.
So remember that it's not "Mindful Eating, Mindful Walking"...it's "Mindful Eating, Mindful LIVING". All of life.
at January 24, 2022 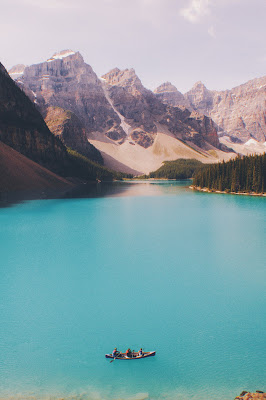